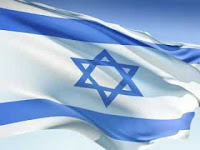 Who are the 144,000 mentioned in the book of Revelation, and what are their purpose during the end times?  These questions have plagued many denominational circles throughout the church history, and as a result there are many different interruptions on the 144,000.  Let us take a closer look into scripture to help us clarify these two questions and to find out not only who they are, but who they are not.
This group of men is introduced to us in Revelation 7:4; “Then I heard the number of those who were sealed: 144,000 from all the tribes of Israel”.  One of the popular theories around the 144,000 is that they are not actually Jews.  I have heard of several denominations and other religions, which are seen as cultic to mainstream Christianity, believe that their group of believers is the 144,000.  I believe that our introductory verse to the 144,000 refutes these theories.  If you take the Bible literally then these men are Jews.
The next time that these Jews are mentioned is Revelation 14:1-5.  These verses alleviate any doubt that the people in this group are not only Christians, but are set apart.  Verses three and four of this chapter give us a few hints as to the purpose of these men during the end times.    “…No one could learn the song except the 144,000 who had been redeemed from the earth.  These are those who did not defile themselves with women, for they kept themselves pure. They follow the Lamb wherever he goes. They were purchased from among men and offered as first fruits to God and the Lamb”.  Notice that they are redeemed from the earth, and that this happens just before the earth is harvested in verse 14 of the same chapter.  Also notice how verse four ends, “They were purchased as first fruits to God and the Lamb”.  I cannot prove this, but when we see that they are redeemed from the earth and offered as first fruits, I believe that these Christian Jews are either killed for their faith or race during the tribulation.
When we look closer into the original Greek words we find that the word for redeemed is agorazō which means “to go to market” and the word first fruits is aparchē which means “beginning of sacrifice”.  Now if my theory is true then Revelation 6:9-11 could be referring to the 144,000 mentioned in the above scriptures.  “Then each of them was given a white robe, and they were told to wait a little longer, until the number of their fellow servants and brothers who were to be killed as they had been was completed.”   Interesting how this verse mentions a specific number of fellow servants that were to  be killed.
One thing that is absent from all of the scriptures that pertain to the 144,000 is the most popular theory.  This theory states that this group is Jews that are to be converted after the rapture of the church.  Under this theory they are often referred to as evangelist, as the gospel will be spread to the whole world through this remnant of the Jewish nation.  Unfortunately I have found absolutely no scriptures at all to support this belief.  What we do find is actually quite the opposite; they are redeemed from the earth during the tribulation.

Lastly the question arises if the number 144,000 is literal or figurative.  Some believe that this is a representation of  the number of completion and is to be taken figuratively.  Others believe that it is literally referring to 12,000 members of each of the 12 tribes of Israel.  We will not know the answer to this absolutely until Jesus comes back.  One interesting thing about this number is that it seems to be a significant number in different religions.  In the Mayan Calendar a baktun  has 144,000 days, Skoptzists believe that the Messiah will return when they reach the 144,000 mark (similar to the original teaching of the Jehovah Witnesses), in Islam Mohamed supposedly had 144,000 disciples, and the list goes on.  The most interesting is perhaps a New Age belief of universalism.  Some believe that the scripture about the 144,000 has something to do with positive vibrations because this is the speed of light.  Actually the speed of light is non-linear when it travels through different mediums, and even in a complete vacuum this is not the speed of light.  Interesting theory, keep trying! 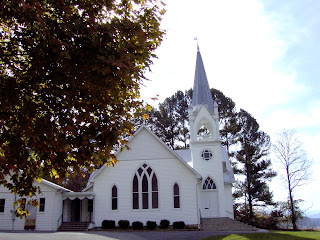 Many Christians agree that we are living in the end times.  Although people have been claiming that His return was near since Christ’s resurrection, the signs today are overwhelming.   One of the signs that Paul gave us that Christ’s return would be near, was the change in the church before Christ’s return.
Paul tells us in 1 Timothy 6:3–10 that there will be people who teach false doctrines that do not align with the instructions of Jesus Christ.  He goes on to say that these men (and women) have been robbed of the truth and think of godliness as a means to financial gains.  In order to find the fulfillment of this prophesy all you have to do is turn on your television and flip through the Christian channels.  It will not take long for you to find a television evangelist who meets these criteria.  It saddens me that many evangelists and churches today, focus more on financial gain then building God’s Kingdom.  It seems that the modern church has become better at making money then winning souls!
Paul goes into more detail about these people in his next letter to Timothy.  2 Timothy 3:1-9 warns us about godlessness in the last days.  “People will be lovers of themselves, lovers of money, boastful, proud, abusive, disobedient to their parents, ungrateful, unholy,  without love, unforgiving, slanderous, without self-control, brutal, not lovers of the good,  treacherous, rash, conceited, lovers of pleasure rather than lovers of God—  having a form of godliness but denying its power”.  He goes on to say that these people are “always learning but never able to acknowledge the truth”.

1 Timothy 4:1-7 tells us that “in the end times many will abandon the faith and follow deceiving spirits and things taught by demons”.  Again in 2 Timothy 4:1-5 Paul tells us that “the time will come when people will not put up with sound doctrine. Instead, to suit their own desires, they will gather around them a great number of teachers to say what their itching ears want to hear.  They will turn their ears away from the truth and turn aside to myths”.  This has never been truer then it is today.  I realized this one day when I was looking for an apocrypha book in a “Books A Million” store.  An employee told me that the book was listed in the “New Age” section of the store.  The titles of the books found in the New Age section sounded like many of the sermon titles preached in several of the church pulpits today.  Examples of some of these titles were, “Power thinking for Personal Success”, “Learning to Attract Wealth, Health, and Happiness”,  and “Ask and it Shall Be Given, Learning to Manifest Your Desires”.

The hard part is being set apart and holding onto sound doctrine.  Paul gives us the following command, “not giving up meeting together, as some are in the habit of doing, but encouraging one another—and all the more as you see the Day approaching” Hebrews 10:25.  He also tells us in 1 Timothy 3:6 that we are to warn the Brothers and Sisters in Christ about these things.  Even though it can be very frustrating, we are not to separate ourselves from the church, but be the church to a dying and perverse generation.  As a Christian we have to study the Word of God ourselves so that we will not be swayed here and there by every wind of teaching, Ephesians 4:14.

Jacob M Hildebrant
I am a proud Christian, husband, and dad. I enjoy studying end time prophecies and other topics in the scriptures. I teach in the Advanced Industrial Integrated Technology program at Madisonville Community College.